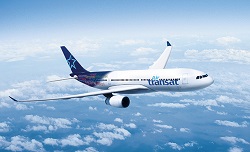 Toronto, ON – Today’s announcement from Air Canada regarding the cancelation of the acquisition of Air Transat comes unexpectedly. From our understanding, the Company’s offer was not approved by the European Commission, making it clear that the acquisition will not go forward. IAM Canadian General Vice-President Stan Pickthall stated, “We certainly weren’t expecting this type of announcement as a start to a holiday long weekend!”

The IAM has kept a close watch on developments as any decision impacts members who work in both airlines. We will continue monitoring the situation, and will work closely with the Representatives and Locals involved to see how things proceed,” commented Pickthall. “It is encouraging that the Minister of Transport, Omar Alghabra, is placing a priority on protecting jobs in Quebec and Canada, including ensuring the viability of Air Transat and the Canadian airline sector. Protecting jobs is of the utmost importance to the IAM, and we call on the federal government once again to act quickly and provide aid to this industry, and be consistent with their goals.”

GVP Pickthall added that, “The IAM has been continuously lobbying the federal government for support for the aviation industry over the past year, and we are still waiting for something to be presented. Whatever form that takes, we will continue to insist that any support must benefit the workers across the industry and all airlines, including both Air Canada and Air Transat employees.”

Fred Hospes, President and Directing General Chairperson (PDGC) of IAM District 140 concurred, “I’ve had preliminary discussions with our General Chairpersons across the country, and we will be discussing this further over the weekend. The IAM is absolutely committed to continuing our work and representing our members at both airlines during the coming weeks.”

The International Association of Machinists and Aerospace Workers (IAMAW) is Canada’s largest union representing aviation, airlines, airports and aerospace workers. The union represents over 20,000 members in the air transportation sector across Canada.