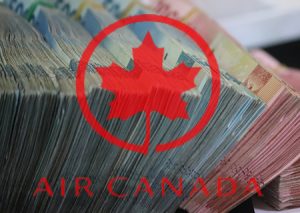 “It is beyond disheartening for Air Canada Executives to be rewarding themselves so handsomely with these obscene bonuses during the worst performance in this corporation’s history. Our members were rewarded with unprecedented layoff notices during the same period, with no opportunity to recover their losses. This absolutely disgusting!” said Stan Pickthall, IAM Canadian General Vice-President. “When the federal government gave Air Canada $5.9 billion in April, 2021, there were specific conditions to the aid package,” he said.

The IAM has learned that while Air Canada was negotiating the bailout with Ottawa, they were making sure their top executives would get bonuses despite an operating loss of nearly $3.8 billion due to the pandemic. The company also took advantage of almost $656 million from the Canada Emergency Wage Subsidy (CEWS) to help it through the worst of the downturn in air travel caused by the pandemic.

“I would be interested to know if Air Canada negotiators provided full disclosure of these bonuses to Canada’s Feds when they bargained for $5.37 billion in public funds. Who knew about these bonuses, and when? If they knew, then it is disgraceful that they kept this from the voting public!” Stated Pickthall.

The bonuses were awarded to executives and management while the company was negotiating the bailout package with Ottawa. The package came with certain conditions from the government, including a cap on executive compensation, new environmental disclosures, and a guarantee that the company will refund passengers for cancelled flights.

“The IAM appealed vigorously to Air Canada in our efforts to extend the CEWS program to all employees last summer. Our efforts fell on deaf ears, as the majority of our members were disenfranchised from this public support, which would have been at minimal cost to Air Canada,” said Keith Aiken, IAM Airline Coordinator. “Air Canada should be ashamed. During the past year, some 20,000 employees were sent home on furloughs, and Air Canada refused to entertain available government programs to help a majority of their workforce citing increased costs. They didn’t have money to help their own employees put food on the table, but found the money to reward their executive team on their performance slashing thousands of jobs.”

Fred Hospes, President & Directing General Chairperson of the IAM’s Transportation District 140 had this to say: “It’s deplorable that Air Canada would give executive bonuses while claiming revenue losses and willfully violating the frontline workers’ rights and working conditions. They deliberately delayed arbitration remedies and financial compensation that are rightfully owed to their frontline workers – all while claiming to have empty pockets. It’s absolutely despicable.”

Air Canada paid bonuses of $10 million to their top executives, although they allocated $20 million for this purpose. Before leaving the company in February 2021, Calin Rovinescu earned $9.25 million in total in 2020. Current CEO, Michael Rousseau, earned $2.93 million.

The IAMAW represents over 55,000 members across Canada who work in the aviation, aerospace and air transportation sector. We have been advocating for our members, and all workers, ever since the pandemic hit Canadians and our economy.