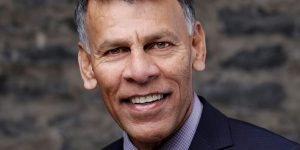 To: Members of the CLC Canadian Council
Labour Council Presidents

I am following up on my letter from yesterday about the targeted campaign the Canadian Labour Congress has launched to call on the big banks and credit card companies to help struggling families by significantly reducing credit card interest rates.

The COVID-19 pandemic has led to widespread anxiety among Canadians about their health and economic security. We’re all making sacrifices to get through this difficult time—everyone except Canada’s big banks and credit card companies. In the middle of this crisis, they continue to gouge families with sky-high credit card interest rates—often at about 20% or even higher.

The CLC campaign started today with an online petition which can be found at this link: https://action.canadianlabour.ca/credit_relief_now 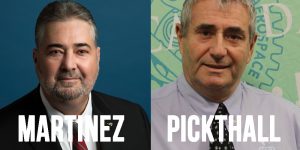 We are writing you in our capacities as the International President and General Vice President of the International Association of Machinists and Aerospace Workers (IAMAW), on behalf of 50,000 members across Canada, and 600,000 across North America. Our members work in a variety of industries from aircraft parts manufacturing, aircraft overhaul and repair, air transportation, aerospace, automotive parts manufacturing, the hospitality sector, custom paint additives, industrial pump manufacturing, and the public sector. We are quickly growing and have become the fastest-growing union in the healthcare and hospitality sectors.

Many of our members are on the frontlines of the COVID-19 pandemic, those working at airports and in healthcare settings. Not only are these workers on the frontlines, some of them work in industries that are of a strategic and national importance and are now putting their health and safety on the line for the sake of the greater good.

Canada’s workers are facing a major crisis on many fronts, perhaps none as urgent as lack of access to personal protective equipment. Workers we rely on to maintain a semblance of normalcy during these uncertain and unpredictable times, are working without protection. Reports of workers infected with the virus seem to grow each day, and despite the risks they face, these brave men and women relentlessly go to work every day.

While frontline workers are expected to continue working, some employers are failing in their duty to protect the health and safety of their workforce. Many are skirting their obligations by following general guidelines issued by public health agencies, which are neither specific to the unique nature of workplaces nor the risks. Due to such oversight and disregard of IAMAW’s recommendations, some of our members have tested positive to COVID-19 through exposure at work. Our members in healthcare, particularly those in community settings are especially vulnerable to contracting the virus. As you may know, the recent outbreak of COVID-19 in several long term care homes has drawn attention to the issue of pandemic preparedness. Since retirement homes and long term care homes are not prioritized in rationing of personal protective equipment, workers in these establishments are especially vulnerable. This is unacceptable.

Employers must be held to a higher standard and be accountable; after all, employer policies can also help curb the spread of the virus. We are asking the federal government and public health agencies to demand that employers go above and beyond general pandemic guidelines and apply the precautionary principle to workplace policies to protect workers.

We understand that the supply of personal protective equipment and medical supplies are under severe strain. This is exacerbated by Canada’s reliance on foreign suppliers, many of whom can’t meet the global demand. It is also worrisome that the Trump administration is preventing suppliers in the United States from shipping supplies to Canada. The inability to produce these much-needed supplies domestically has left Cananda particularly vulnerable at a critical time.

We applaud the federal government’s recent efforts to negotiate deals with domestic firms to begin producing critical medical and personal protective equipment. However, to date, only three firms are confirmed to begin production, and our concern is that this will be insufficient given an expected surge of cases.

There are a number of employers we deal with who may be able to convert operations into production of personal protective equipment, and we ask the federal government to mandate businesses who are able to do so, to take immediate action. This is not a time for negotiating; it’s a time to take swift action to protect our communities and our economy.

members are appreciative of efforts the federal government has undertaken in a quickly changing environment, and are counting on you to ensure those on the frontlines are working safely.